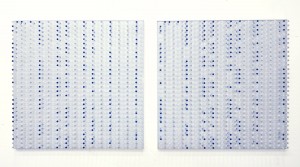 Alvaro De Jesus was born in Caracas in 1983. He studied engineering in Caracas and Bordeaux and obtained a degree in Industrial Engineering from Universidad Católica Andrés Bello and later a masters degree in IESA. As an engineering student he was particularly interested in theoretical physics and mathematics. In France he further advanced his knowledge of production techniques at L’Ecole National Superior des Arts et Métiers. He began his artistic career by investigating the relationship between art and science, his two passions, and found a largely overlook subject that would become the center of his work. Since 2013 he started doing thorough research on the subject by advancing his knowledge on both fields, and particularly drawing attention to the subject of morality and how art and science work together in shaping our ethics. He currently works at the LFA studio in Miami alongside world-renowned artists. The artist draws inspiration from kinetic artists and reinterprets the relevance of the movement as metaphor of the relationship between art and science. 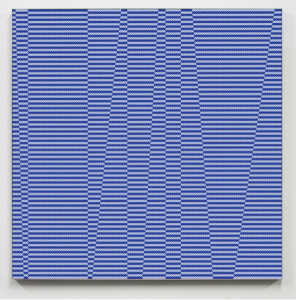 Corina Höher was born in Caracas, Venezuela in 1987. In 2004 she began her studies for graphic design in Caracas, and in 2006 she relocated to Miami. By 2009 Höher was graduating Cum laude from Miami International University of Art and Design with a Bachelors in Fine Arts. In late 2009 she moved to Toronto, Canada, where she began working in a prominent printing company where she was introduced to silk screening and press printing as well as color matching and color applications, there Höher began with her personal investigation of color as light and energy. In 2012 she returned to Miami and began working for a fine art restoration workshop. Aside from restoration she is also in charge of the construction of new architectural pieces for prominent artists in both national and international venues. She is currently showing her work in the United States, Paris and Mexico as she continues to explore and deepen her research. 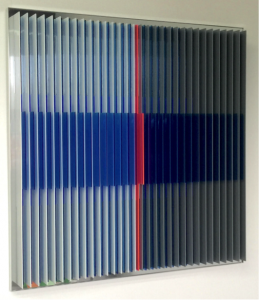 J.Margulis was born in Caracas, Venezuela in 1970, Margulis works predominantly in the medium of Geometric 3D Sculpture, Mixed media, and Photography. Margulis completed advanced courses in photography and master B&W lab work under Ricardo Ferreira at Instituto Neumann in Caracas, Venezuela from 1986 to 1990. Margulis also holds a BA in Management from Universidad Metropolitana in Caracas completed in 1994. In 2014 He had a solo Show at AG gallery in Miami, Florida and participated in PINTA Miami Art Fair represented by ASK (Alex Slato Kabinet). His work is part of private collections in Costa Rica, Mexico, Venezuela, Peru, Italy, Spain and the United States. J. Margulis resides and works in Miami, Florida 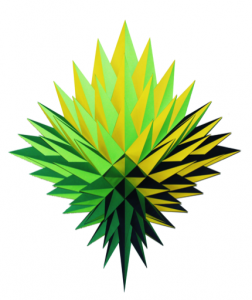 The Venezuelan sculptor Rafael Fuentes was born in 1979 in Valencia, Venezuela; He graduated from UJAP with a Bachelors Degree in Business. Growing up surrounded by art, as his father and late grandmother were painters, from a very early age he’s been attracted by art, colors, geometry and by how different geometric shapes give way to figures that resemble nature and everyday objects. At the age of 11 he started making art pieces with paper and cardstock and hasn’t stopped ever since. In 2004 he began working with sculptural techniques for creating three-dimensional forms from two-dimensional patterns. The artist’s current studies are based on these techniques. Rafael currently resides in Miami, Florida. 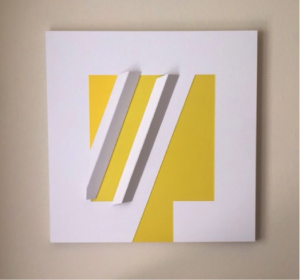 Born in Caracas, Venezuela in 1948. He began his studies in Architecture at the prestigious Central University of Venezuela receiving BA degree in Architecture in 1972. He began his career working for different private architectural firms, specializing in designing single family housing units and other residential projects. By 1982, he received a Master’s degree in City and Regional Planning at Cornell University. Later on, he went back to Venezuela and established himself in the city of Barquisimeto where he worked on many interesting architectural projects for 17 years, culminating in every architect’s dream: designing and building his own home. With a keen for arts as well, he took interest in sculpture, after fashioning a pair of earrings for his youngest daughter in 1997. This paved the way to a deeper exploration of more sophisticated proposals, which led him to exhibit his sculptures in several Ibero-American Art Fairs curated by Magda Arria from Graphic Gallery. His work has been shown in Caracas, Barquisimeto, Tokyo, Sofia, Mallorca, Lewis, Hoboken, Hudson City and Miami. In 2009, he moved to the United States as a permanent resident, currently residing in Miami, Florida.