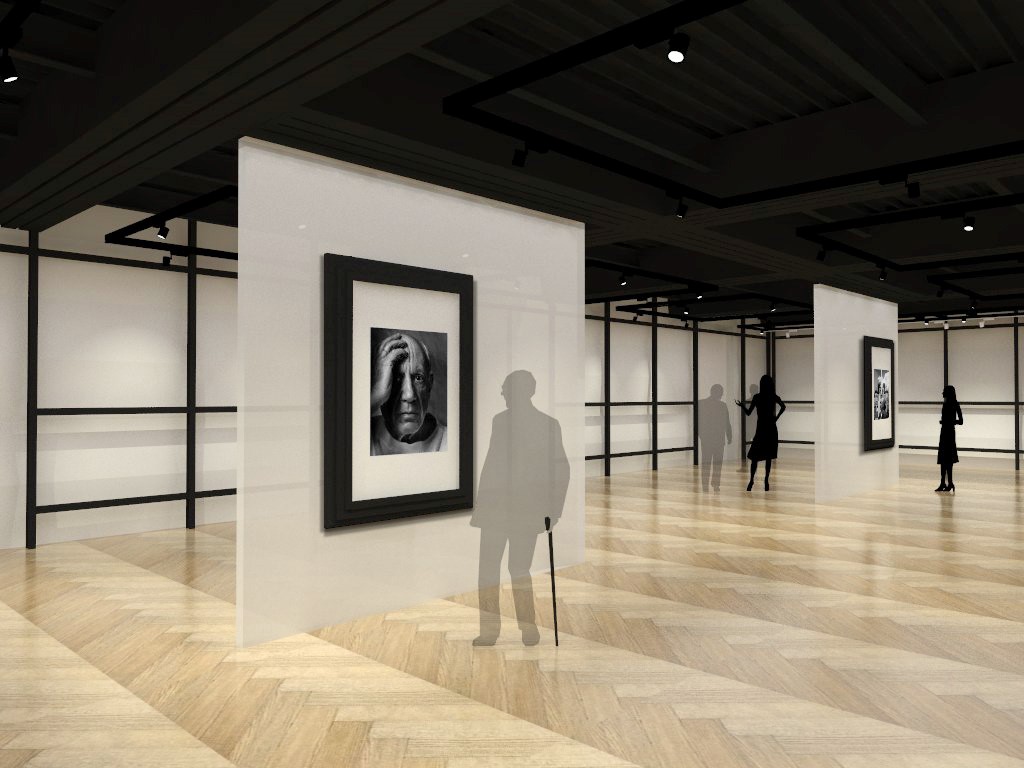 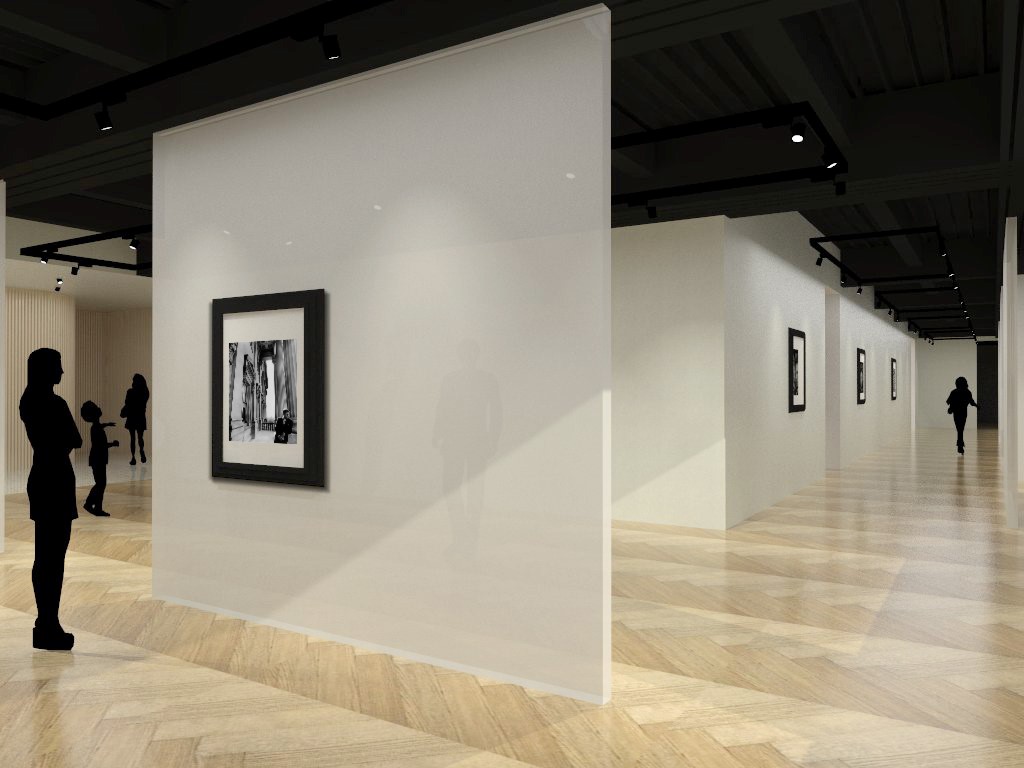 The City of New Rochelle made the announcement today at the grand opening celebration of the adjacent 360 Huguenot, a 28-story, 280-unit luxury rental building developed by RXR Realty, which built out the new theater space as part of its development agreement with the City. VAEA will bring new life into New Rochelle’s long-shuttered Loew’s Theater through theater, sculpture, dance and music at the redeveloped community arts venue.

“This new performance and arts venue will bring creative energy to the heart of our downtown, while attracting residents and visitors throughout our region,” said New Rochelle Mayor Noam Bramson. “New Rochelle is determined to achieve both economic and cultural vibrancy in our growing city center, and today’s announcement is a major step toward these twin goals.”

“VAEA New Rochelle embraces the mission of educating our youth through the arts as a way to transform our unstable and violent world into a livable and peaceful one. Our priority is to expand opportunities for young creatives so they may express themselves without fear, and become leaders in their societies by learning human values through arts education,” said Ali Cordero Casal, chairman of VAEA.

Further elaborating on the role VAEA wants to play, Luis R. Cancel, VAEA-NR Arts’ Executive Director added, “Thanks to the brilliant design of Hermann Ebner, we plan on developing a state-of-the-art cultural facility with two exhibition galleries, arts education spaces and a Black Box Theater that will provide complete flexibility for each presenter. These are facilities that the city has long sought to establish and VAEA intends to deliver them for the presentation and use by New Rochelle, Westchester and international artists.”

“This partnership with VAEA furthers RXR Realty’s and the City of New Rochelle’s commitment to enhancing downtown New Rochelle’s status as a center of creativity and culture. We are proud that they have decided to call 360 Huguenot their home. Their presence here will truly impact the creative scene of this important city by bringing unrivaled international talent to a first-class performance venue,” said Joanne Minieri, Chief Operating Officer of Construction and Development at RXR Realty.

The City of New Rochelle selected VAEA to operate the new facilities through an RFP process that concluded earlier this year. The long-celebrated nonprofit, which promotes the best of Venezuelan and American art, will bring a wide range of performing arts programming to the site as it opens, in phases, starting next year. Programming will include theater, sculpture, dance, music, painting, digital art, poetry, and art-based vocational and educational programs.

The project received $830,000 from New York State as part of its $10 million Downtown Redevelopment Initiative Grant, which was awarded to the City of New Rochelle in 2018, with specific project approvals announced earlier this year. As part of the City’s Community Benefit Bonus program, RXR provided the white-boxed community theatre to the City at no charge, at a value of $3 million. The remainder of the project cost will be covered by VAEA, which is launching a $10 million capital and endowment campaign.

Built in 1926, the historic Loew’s Theater was an active 2,485-seat live-performance space and movie house during the motion picture “Golden Age” of the 1920s. The theater initially programmed vaudeville and live stage shows, playing host to performers and celebrities including Bob Hope, Lucille Ball, and Bette Davis.

Though it flourished as a live-performance space through the first half of the 20th century, it was later converted to a dual-screen theater and closed in 1980, as television, VCR, and other innovations captured audiences’ attention. After a brief reopening as a nightclub in the late 90’s, it closed in 2003.

Elements of the theater’s exterior were retained during the redevelopment, including the baroque parapet over the entrance. The theater’s historic marquee, originally designed at 1929, has also been replicated for the project.

360 Huguenot was designed by PS&S Architecture and developed by RXR in partnership with ABS Realty and Brause Realty. Residences range from studios to two-bedrooms, with unparalleled views of the New York City skyline, Westchester County and the Long Island Sound. The upscale living experience is enhanced by its amenities package including a 24-hour attended lobby with a fireplace, an outdoor terrace with grills and green space, private dining lounge, conference room, game room with billiards, an expansive indoor/outdoor yoga studio and fitness center with Peloton bikes, pet spa, electric car charging stations, onsite valet parking and bicycle storage.

In March, RXR partnered with the City of New Rochelle to launch a competition for the local artist community, seeking video submissions detailing why New Rochelle is the ideal creative place to live. After the finalists were named, the public voted for their favorite artist. In July, at the ribbon-cutting ceremony to officially open 360 Huguenot, Daniel Martinez, a Bronx native who has pursued a career in photography, was announced the winner of the competition, receiving 12 months of free rent in a studio apartment at 360 Huguenot. The unique initiative was created to support local artists and highlight the creative community as a key demographic of New Rochelle.

So far, 30 projects – totaling 6 million square feet and more than 5,000 housing units – have been approved, and 10 are under construction. With the residential component of the downtown revitalization effort well underway, the City is now looking to attract commercial space and other nonresidential development. As part of the next phase of development, they aim to attract the construction of approximately 1.8M square feet of new office space in the downtown area.

The City of New Rochelle continues to highlight its creative community with art-focused initiatives including the recent unveiling of eight murals, curated by Street Art for Mankind (SAM), that reflect the unique creativity, diversity and forward-thinking of the New Rochelle community. The City has also launched an artist certification program which helps connect artists to live/work housing opportunities in the downtown Arts & Cultural District.

About the City of New Rochelle

With an unparalleled location, superb quality of life, diverse and talented residents and a focused business climate, New Rochelle is experiencing the transformation of a lifetime. The City’s economic development plan will provide a spark for the entire Hudson Valley region, positioning it as “open for business” and embracing smart, transit-oriented development growth patterns. Accelerated by a new, fast-track zoning process, the new Master Development initiative will enhance the downtown area by boosting job creation, property values and private investment – while enhancing sustainability through green and energy-efficient design. Learn more at

About The Venezuelan American Endowment for the Arts

VAEA was founded by Ali Cordero Casal on June 13th 1990 to commemorate the 200th anniversary of the birth in Acarigua, Venezuela of Jose Antonio Paez, one of the great liberators of the Americas who turned humanist and died in New York in 1873 after a long US residency. Since its beginnings, VAEA has sponsored several cultural events in Venezuela and the United States. Our two countries have had a longstanding tradition of friendship for more than 200 years and VAEA’s commitment is to promote programs that will continue this tradition for future generations.

July 29th, 2022 FOR IMMEDIATE RELEASE A message from The Venezuelan American Endowment for the Arts Reinaldo & Carolina Herrera Advisory Board Chairs Ali Cordero Casal Chairman The Board of Directors [...]