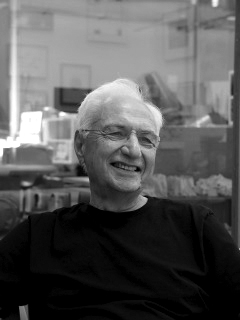 Frank Gehry was born in 1929 in Toronto, Canada. His family moved to Los Angeles in 1947, where at age 18 he began his architecture studies, obtaining a Bachelor’s degree from the University of Southern California in 1954.

Upon graduation, he enlisted in the US Army, and with the help of the GI Bill program, studied Urban Planning at Harvard University’s Graduate School of Design until 1957. Since then, Gehry has pursued an architectural career that has spanned more than six decades. The distinctive characteristics of Mr. Gehry’s work stem from his exploration of the expressive possibilities of sculptural forms of architecture, linked to the concern with the functioning and articulation of the spaces created, insisting that his buildings confront the context and culturally enrich the site.

Mr. Gehry’s contribution to the field of architecture has earned him significant honors and honorary doctorates from his country and internationally, such as Member of the American Academy of Arts and Letters (1987); elected member of the National Academy of Design (1988); Gold Medal of the Royal Institute of Architecture of Canada (1998); Gold Medal of the American Institute of Architects AIA (1999); the Pritzker Architecture Prize (1989); the Arnold W. Brunner Memorial Prize of the American Academy of Arts and Letters (1977), the Wolf Foundation Prize for Art (Architecture) (1992), he was the first recipient of the Friedrich Kiesler Prize (1998), and the Golden Lion Lifetime Achievement Award 2008 at the Venice Biennale and the Prince of Asturias Award for the Arts in 2014. Among the honorary doctorates, he was distinguished by the University of Toronto (1998); Yale University (2000); Princeton University (2013); the University of Technology of Sydney (2015), and in 2017 that of the University of Oxford.

The governments of Canada and France have honored him by appointing him in 2003, as Companion to the Order of Canada, in 2006 Knight (Chevalier) and in 2014, Commander of the National Order of the Legion of Honor. In 2003, he was inducted into the European Academy of Sciences and Arts by the European Union, and in 2006, the Governor of California honored him as one of the first to be inducted into the California Hall of Fame. In 2016, he was awarded the Presidential Medal of Freedom from the President of the United States, Barack Obama.

Throughout his career, Mr. Gehry has been committed to philanthropic work both locally and internationally. In Los Angeles, he participates in pro bono design projects, including the headquarters of Children’s Institute Inc. as well as a new center for the Los Angeles Philharmonic Youth Orchestra in Inglewood. For the past few years, Mr. Gehry has also been working with the nonprofit organization River LA to coordinate policy and develop a master plan that will revitalize 51 miles of the Los Angeles River, creating an open park space that supports the biodiversity of the region, implementing the infrastructure that connects the neighborhoods and increase access to recreational and cultural programming in the communities. As part of his extensive outreach and public participation during the master plan design process, Mr. Gehry has personally met with principals from various schools that span the length of the river and has since made plans to include ten of these schools into Turnaround Arts California, a program he has co-founded, in association with the National Endowment for the Arts, which strives to build arts education in all schools. Internationally, Mr. Gehry contributed to the design of the Pierre Boulez Concert Hall in Berlin, a performance space for the West-Eastern Divan Orchestra, a youth orchestra that unites musicians with diverse backgrounds from across the Middle East. He is also a founding member of the Hereditary Diseases Foundation, which funds innovative research to cure Huntington’s disease.

Projects under construction include the LUMA / Parc des Ateliers in Arles, France; Philadelphia Museum of Art in Philadelphia, Pennsylvania; the Facebook Campus in Menlo Park, California; the Grand Avenue Project in Los Angeles, California; a new center for the Los Angeles Youth Orchestra (YOLA) in Inglewood, California; the Dwight D. Eisenhower Memorial in Washington D.C .; The Maison LVMH – Art, Talents, Heritage in Paris, France, and the development of the Battersea Power Station in London, England.

This year VAEA is honoring with the 2020 Paez Medal for the Arts two prestigious architects recognized worldwide: Walter James Alcock and Frank Gehry.

They, as sensitive and talented artists, have used architecture as their means of expression. Both are and will be recognized as excellent creators of remarkable works of unquestionable beauty and technological contributions, icons of their time. Let’s honor who honor deserves. 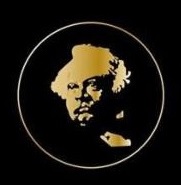 About the Páez Medal

The Páez Medal of Art is awarded once a year to an individual or group that has had an impact and contributed to the excellence, growth, support and proliferation of the arts in Venezuela and the United States; Previous recipients include: Margot Benacerraf in 2019,  Julian Schnabel in 2019, Gustavo Dudamel in 2018, Bob Colacello in 2017, Marisol Escobar in 2016; Annie Leibovitz in 2015; Sofía Imber in 2014, Robert Wilson in 2013 and Carlos Cruz-Diez in 2012.

Press information available in Spanish & English by request at contact@vaearts.org

The Venezuelan American Endowment for the Arts (VAEA) is a New York based 501 (c)3 public charity, founded on June 13, 1990  with the mission of promoting the best of Venezuelan and American cultures through bi-national cultural and social programs.
For additional information visit vaearts.org