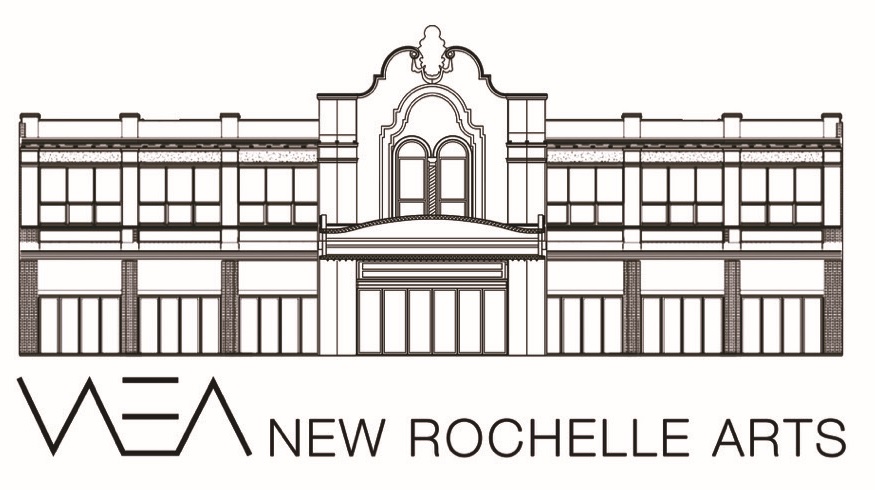 The Bird Trapped Within the Pandemic Labyrint

The VAEA New Rochelle Arts Center is pleased to present its inaugural exhibition, Renacimiento: 1st New Rochelle Invitational in the retail space provided by RXR Realty. This exhibition is on display from December 21, 2020.

Featuring the work of New Rochelle resident Martha Valenzuela and New York-based Jorge Luis Rodríguez, the exhibition reaffirms that during difficult times creativity and creative expression can lead the way in helping communities to process tough experiences and point towards a better future. Utilizing the Spanish word “Renacimiento,” which means “Rebirth” and “Renaissance”, this first VAEA invitational, curated by Luis R. Cancel, Executive Director of the Arts Center, selected seasoned artists whose mature sculptures depict complex narratives that touch on many pressing issues including environmental and social justice concerns, and the impact of the pandemic.

Recognizing that COVID-19 has forced the world and our community to cloister and avoid congregating in closed spaces, this exhibition will be visible from the sidewalk at 595 Main Street (visible 24hrs every day) and from the lobby of the building (by appointment).

The exhibition will expand to include additional works by these artists in late February.

JORGE LUIS RODRÍGUEZ was born in San Juan, Puerto Rico. He aspired for a career in the arts and moved to New York City in the early 1970s where he studied with leading artists including Louise Bourgeois, George Trakas, Hannah Wilke, Alice Adams, Brice Marden and Joseph Kosuth at the School of Visual Arts and earned a (BFA ’76, Sculpture). He then attended New York University and graduated (MA ’77, Sculpture). Upon completing coursework in Venice, Italy he exhibited his work at the famed Palazzo Grassi.

Focusing on sculpture, Rodríguez incorporates historical events, inventions and firsthand experiences from his extensive travel focused on research and documentation of art, architecture and history of diverse cultures. He is inspired by his childhood experiences in Puerto Rico in particular, referencing flora and fauna in his work. This comprehensive background, and the application of a wide range of techniques, provides a rich palette that informs and enriches his creative process.

“Growth” (1985, Harlem Art Park) was his first monumental work as well as the inaugural installation of the Percent for Art program of the NYC Department of Cultural Affairs. He has installed numerous public artworks in schools, open spaces and parks, the most recent being “Atlas of the Third Millennium” at Marcus Garvey Park (2017-2018).

His art is in the permanent collections of The Studio Museum in Harlem, Schomburg Center for Research in Black Culture, Harlem State Office Building, NYC Percent for Art Collection, NYC Department of Education and USDA Forest Service and in many private collections.

MARTHA VALENZUELA was born in the Dominican Republic, where she earned a degree in interior design from the Universidad Nacional Pedro Henríquez Ureña. She moved to New York City in the 1990s, where she received a BFA in studio art from Hunter College in 2003. She is a 2005 graduate of the MFA program in sculpture at the School of Visual Arts. At the core of her inspiration are themes related to preserving the environment.

In discussing her work, the artist has said, “My work speaks to how I see the world and how I am deeply affected by significant events from both the past and the present. It primarily reflects an interest in immersing the viewer in an experience of the essence of raw materials, exploring their intrinsic qualities of smell, color, texture, and durability. These include salvaged and new metals, reclaimed woods, and traditional organic materials that have been used by rural people to make objects for everyday life. My work seeks to explore our systems of hierarchy, as well as the extinction of certain kinds of raw materials vis-à-vis mass-produced objects, and the relationship between the old and the newly-fabricated ones. The individually crafted elements often produce a greater sense of relatedness to the material, while the manufactured ones more often evoke a sense of alienation. Juxtaposing both types of objects highlights the relationships between humans and their natural environment.”

Valenzuela has described Obskewered as formed by the words “obscured” and “skewered”, reflecting her observation that… “the September 11th events both pierced our country’s sense of safety and clouded our collective judgment about the way forward.” Sacriforest was inspired by a summer trip she took to the Dominican Republic, where she observed women in remote areas chopping trees to be used for cooking fuel.

She has exhibited her work extensively in both group and individual exhibitions throughout her career, including the Metro New York area, Chicago, Miami, Seattle, Panama, and the Dominican Republic. She is an active contributing member of the New Rochelle Arts Council, and in March 2010 was an awardee in its annual juried competition.

This exhibition thanks to the support of the following institutions 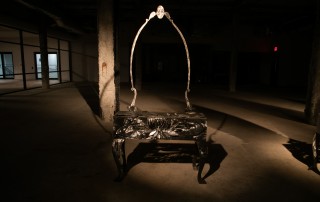 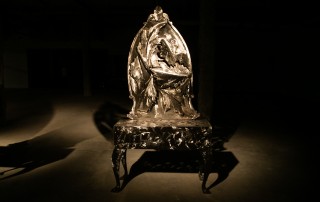 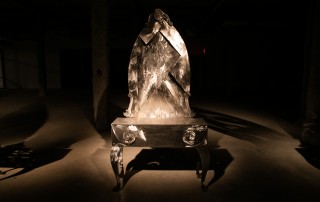 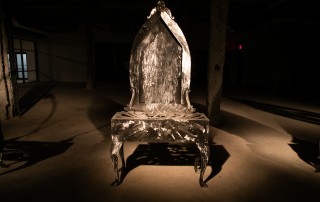 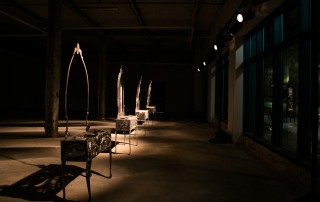 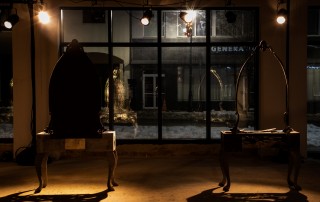 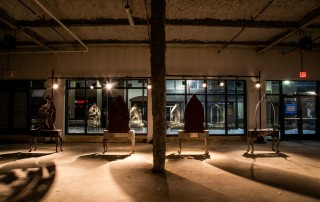 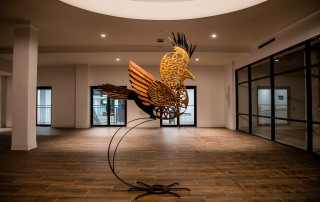 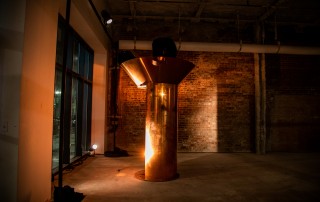 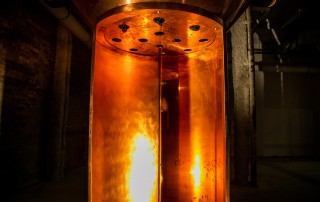 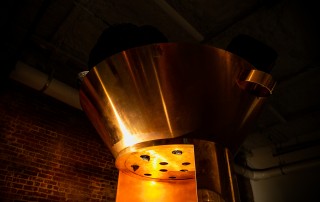 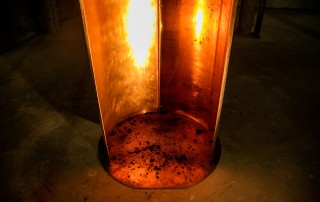