You are cordially invited to a book reading of “Straight Walk”

a supermodel’s journey to finding her truth

a memoir by Patricia Velasquez

Latina Supermodel, Businesswoman, Actress and Humanitarian Tells her Powerful Rags-to-Riches Story and her Quest for Truth 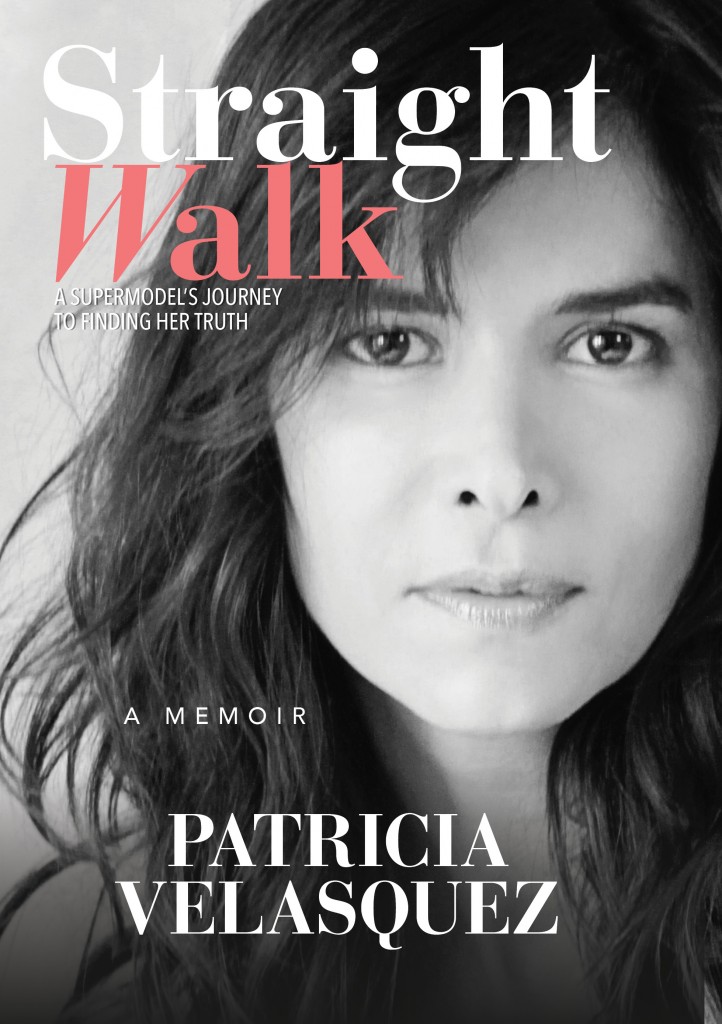 As a child in an impoverished community in Venezuela where food and water were scarce, Patricia Velasquez could not imagine that she would become known as “the world’s first Latina supermodel,” walking runways for Chanel, Gucci and Carolina Herrera and gracing the covers of countless magazine covers. But that is what happened – and so much more. In Straight Walk: A Supermodel’s Journey to Finding her Truth, Patricia Velasquez poignantly recalls not only the triumphant story of working tirelessly to lift her family out of poverty, but also her years of feeling isolated, living a lie and hiding her true self from those she loved most. In this intimate, inspiring and heartfelt memoir, she bares her soul and finally reveals the naked truth about her life.

Patricia Velasquez has never lacked courage. Her exotic beauty and grace landed her on runways, magazine covers, and launched a successful acting career, but it is her brave outspokenness, not for only herself but for others that has enabled her own success and empowered multitudes of fans and those on the receiving end of her largess. As a young teenager, she stood up to her dictatorial dance instructor on behalf of the class, losing her own chance to go to Europe and dance, but helping her fellow dancers. “I didn’t realize it at the time, but this was an important moment for me,” writes Velasquez. “My actions that day in dance—stepping up, speaking up for others, dedicating myself to a cause, and leading by example—were standards I had set for myself. That was a pivotal moment for me. It felt good to take action and speak out against an injustice. It felt good to lead.”

Yet when it came to her own happiness, to living the life she really wanted to lead, her courage failed her. She writes:

The pain of telling a lie cut deep. Each time I told one, however small it seemed, it tore its way into every fiber of my being. But living a lie year after year, that was particularly torturous. The pretend life I’d created and the real one I had pretended didn’t exist, was eroding my soul bit by bit. It burdened everything I did, every thought I had. Living a lie isolated me, made me feel like more of an outsider than I already felt on most days, and it created loneliness and self-loathing so overwhelming that it bled through my pores. All the fame, success, and celebrity on the planet couldn’t wash away the damage.

In Straight Walk, Patricia Velasquez unburdens herself completely and shares her story to empower others to live authentic lives and find their truth.

Patricia Velasquez was a runway model for Chanel, Gucci, and Carolina Herrera. She has appeared on countless magazine covers including Cosmopolitan and Latina, and posed for Sports Illustrated Swimsuit Edition and Victoria’s Secret several times. Her acting credits include box-office successes such as The Mummy and The Mummy Returns. She has starred in and produced many independent films including Liz in September. Her numerous television credits include Ugly Betty, CSI: Miami, Arrested Development, Rescue Me, Ed, and American Family among others. A career highlight for Velasquez was starring in the lead role of School of the Americas, a play produced by Philip Seymour Hoffman for the Public Theater in New York.

Velasquez also built and runs The Wayuu Taya Foundation, which is dedicated to improving the living conditions of Latin American indigenous groups while maintaining respect their culture. She is also a UNESCO Artist for Peace and has been frequently recognized for her charity work by multiple organizations including the United Nations.

A savvy entrepreneur, at HSN, Velasquez launched a line of organic hair care products called Taya Beauty, using ingredients from the indigenous communities of the Amazon through environmentally friendly and sustainable programs. She lives in Los Angeles and New York.

Straight Walk: A Supermodel’s Journey to Finding Her Truth